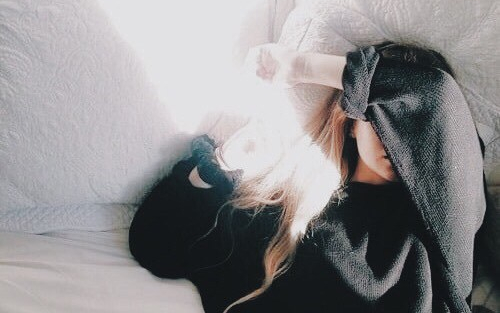 Disclaimer: as you read this blog, know that I will say things that you don’t agree with, things that may convict you, or things that may strike a nerve. This is a very sensitive topic, but it is absolutely crucial.
Please don’t just skim this blog post. Read it intently. Pay attention to it. Pray about it. I promise you, it’s necessary.

So if you’re friends with me on Facebook, you may have seen a link that I shared about a fourteen year old girl who took her own life after binge-watching the show “13 Reasons Why.” I said “This show is absolutely unnatural, harmful, and ultimately destructive. We cannot as humans watch suicides, deaths, rapes, etc. and not be affected by it in some form. Sadly, the form for 14 year old Anna Bright was suicide after binge-watching this show.” which struck a nerve in some (or a lot of) people.

The Facebook post really convicted my heart as to what we’re “just getting away with” in mainstream media. In one of my responses to a Christian who condones the show, I said “Any person, especially a Christ follower, should never support this show. It is pure evil, completely destructive, and a scheme of the enemy. We as followers of Jesus have no business filling our minds and eyes with violent rape, suicide, the profanity, and everything else that goes along with this show. It is absolutely unGodly and a tool of the enemy. We are called to a higher standard than to support, condone, and tolerate such evil. We MUST stop tolerating evil but rather rebuke it.”

This is how the enemy works: he’s sly. He’s sneaky. He’ll make things that are nothing short of pure evil seem okay because “it’s educational” or whatever the circumstance. So what’s the stopping point? When should we stop listening to a certain type of genre or watching a certain type of movie?

Bible.org says “We must fix our eyes on Jesus. The word “fix” means to focus on something to the exclusion of everything else. It essentially means to be single-minded. A person who has a fixed look on Christ is seeking to know and please Christ in everything he does. We must have an unwavering focus on Christ in order to grow in our sanctification.”

We have been given the mind of Christ; it’s our responsibility to treat it as such. We need to take care of and protect the minds we have been given. There have been multiple times where I’ve watched a show or listened to a song that completely goes against the character of God that did something in me to make me bitter, angry, or just momentarily led my mind completely astray from Christ and I know I’m not the only one. We have to be so cautious with what we allow in.

Ephesians 4:22-24 says “Put off your old self, which belongs to your former manner of life and is corrupt through deceitful desires, and to be renewed in the spirit of your minds, and to put on the new self, created after the likeness of God in true righteousness and holiness.”

Let me just repeat that last part for you. “Created after the likeness of God in true righteousness and holiness.” Let me just say this: a righteous person doesn’t tolerate evil, even in the smallest forms. A holy person does not condone something that is glorifying to the devil rather than to God just because it is pleasing to the eyes or ears.

Just as a disclaimer: everybody has their own convictions. Someone may feel completely convicted watching a movie that has a short sex scene whereas another person may not feel convicted in the slightest by it. But just because you’re not convicted by it doesn’t mean you should condone it. Take these convictions (or lack thereof) up in prayer. We should always desire to have convictions because that means the Lord is working in our heart to want only things of Him and not things of the world. To live by His Spirit and not by our flesh is to live the way He intends for us to live.

Evil comes in small forms just as much as it comes in the big. We must absolutely stop treating the “small evil” as insignificant. We have to stop saying “it’s just one sex scene” or “it’s just one cuss word” and seeing it how it really is: the enemy’s slyness to convince us that it’s okay when it’s not. To have the mind of Christ is to be utterly intolerant to the slightest acts of the enemy, even when those around us are tolerant of it. He doesn’t always attack in huge ways; most times it’s just one click on the wrong website, one scene in a movie that portrays violent rape, one song that talks about sex. It starts small, which means that we must be actively seeking discernment in all things.

This may be the most important thing I’ve said thus far: don’t ignore or belittle your convictions. Sometimes the Lord allows our convictions to be small and other times He convicts our hearts to the point where we absolutely cannot ignore it. Don’t belittle the small ones. Pay attention to them because they’re just as important as the big ones.

If you’re seeking to have the mind of Christ, here are a few pointers from me to you:
Pray for discernment.
Know your own personal boundaries.
Know your convictions and pray for more.
Seek to satisfy the Lord rather than your flesh.

Always remember: if it doesn’t bring life, it brings death. There is absolutely no middle ground and we must stop treating it like there is. If it doesn’t draw you closer to God, it’s drawing you away from Him.

Hebrews 9:14 says “How much more, then, will the blood of Christ, who through the eternal Spirit offered himself unblemished to God, cleanse our consciences from acts that lead to death, so that we may serve the living God!”

4 thoughts on “Protecting Our Minds: What’s Okay For A Christ Follower & What Isn’t?”