Oh, Nicaragua. You have forever stolen my heart. Thank you for the life-changing experience you have given me. From the very moment I stepped into this country, the wonderful difference between this country and my own washed right over me. I couldn’t stop the tears from flooding my eyes. I was filled with joy, excitement, sadness, and shock all in one. I couldn’t believe it. I couldn’t believe that for the first time in my life, I got to experience a country other than my own.

But first, let’s talk about volcano boarding for a second. Whoa. Volcano boarding?! Yes, volcano boarding. I know, right. Sick as heck. For those wondering “well, what in the world is volcano boarding?” Let me explain it to you. You board, down a volcano. You hike up it which takes about an hour (and every ounce of strength you have left in your entire body) with a board and you literally sled down it. Sounds fun, right? Well, for me, not so much. Halfway down the volcano, I lost my entire board! So what do I do next? I slide down the rest of the volcano on my butt until I reach my board. I have a huge scar on my arm to prove it. Hey, at least I have a story to tell! But to say the least, it was by far the most beautiful thing I’ve seen in my life. Being on top of one of God’s most majestic creations gave me the smallest glimpse of His endless beauty. 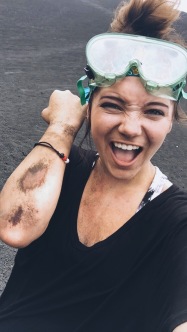 Processed with VSCO with a5 preset 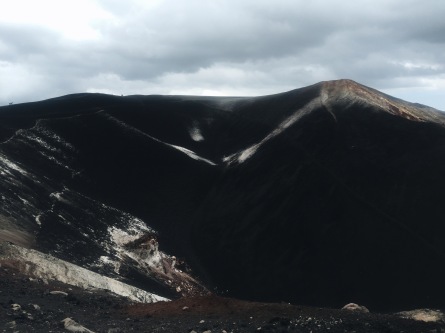 Processed with VSCO with a6 preset

This trip was filled with so many absolutely absurd experiences. From a team member losing her passport just a few days before we were going to leave, to water and berry fights against the Nica’s every time we rode on the trucks with all of our bodies completely exposed, to endless tickle fights with the kids, to over an hour long water “balloon” (they filled plastic baggies since they didn’t have balloons, sometimes even with gatorade…) fight against the Nica’s, to creepy drunk guys hitting on me and my friend, to piñatas, to animals everywhere, from cows, to pigs, to dogs, to goats, to whatever you could think of! And that’s not even the half of it. This trip was not only filled with all of these completely fun experiences, but life-altering ones too.

Throughout this entire trip, I got to be a vessel of who Christ is and I got to shine His light in the lives of people whom I have never seen before and most likely will never see again. I lost count how many people I prayed over for a healing of some sort, whether spiritual, emotional, or physical. These people’s needs became my own. I became burdened for these lost souls. I became desperate to see these wearisome people healed. The first two days I was there, I worked in the clinic, the first day in the pharmacy, the next taking vitals, which was swarming with sick people. I couldn’t help but to pray for each one silently, some, with their permission, out loud.

That’s what this missions trip was consumed by. Prayer. From praying over a woman who’s suffered seizures for the past ten years and seeing her healed, to praying over a man who has suffered from a softball sized tumor and seeing him get up and walk when previously, it would have been impossible, to experiencing a little girl being healed of her fever after my youth pastor prayed over her, to praying for a girl who’s on the brink of death because of a brain worm for over an hour, to sick people coming to our project because they heard we were praying over people and they were getting healed, to endless stories of miraculous healings. This was a factor that never even crossed my mind before the trip. I was, and still am, in awe at how many healings need to take place in Nicaragua.

Be in prayer, guys. These people rely on nothing but prayer. They don’t have medication and doctors to depend upon, but they do have the power of Jesus to trust in.

Before we left, we made these salvation bracelets to give to the kids that told the story of Jesus which consisted of five beads. The black represents sin, the red represents Jesus’ blood, the white represents being washed whiter than snow, the green represents the growth that occurs after we accept Jesus into our hearts, and the yellow represents eternal life in Christ. We would tell the kids the story and if, with our help if they needed it, we would have them repeat it back to us and they could keep the bracelet. Now, I witnessed this over a dozen times throughout this trip, and the joy I saw on the little kids’ faces after receiving a most times dirty and already worn bracelet didn’t fail to fill my heart every time. But, there was one specific time where my eyes were opened wider than they’ve been before. If this little boy that I just gave my filthy bracelet to can have the biggest grin on his face that I’ve ever seen after receiving it, why do we, as Americans, find it so hard to be content with the blessings that we already have?

Think about it. Think long and hard about what I just said.

Thank you, Nicaragua for teaching me the true meaning of joy. Thank you for allowing my eyes to lose their focus on materialistic items and gain it’s focus on things above. You will forever have a place in my heart.

One thought on “What Nicaragua Taught Me”